At the end of the eighties of the last century, Dejan Krstić brought to our region the technology of sealing doors and windows with aluminum strips, from the former Czechoslovakia, and he has perfected, improved and modernized the material, working methods and tools. The insulation of wooden joinery with strips (from various metal sheets) was invented by the Jews, between the two world wars, and there are still strips on some Jewish villas and apartments in Dorcol and Senjak. There were no pneumatic tools at that time, so they nailed the strips with nails. However, these strips still perform their function even though they have been painted several times. The strips are made of copper, zinc, brass, aluminum …

The company “DEKS”, with the branch “MIKS” in Niš, is proud to present a factory of authentic aluminum strips, in which premises (on the most modern machines), in three shifts, several tens of thousands of aluminum (specially profiled) strips are manufactured. We can proudly say that the result of the efficiency of our products, previously analyzed at the Technical Faculty “Mihajlo Pupin” in Zrenjanin, impressed Professor Novica Hornjak and Professor Dr. Miroslav Lambić, expert of the Ministry of Science, Development and Environment and President of the Solar Energy Society “Srbija Solar ”. Therefore, the professors sent us a special invitation for the symposium in Vrnjačka Banja in November 2009, entitled “Energy Efficiency 2009”. We have participated in numerous symposia and lectures on a similar topic.

“DEKS” Company is constantly present in the media as an innovative company which seals windows and doors with its aluminum strips.
“Politka” wrote, on several occasions, about the founder of the company, Dejan Krstić. We received the highest praise from Rambo Amadeus, a fighter for energy efficiency and environmental protection. In addition to praise in the press, this great fighter for environmental protection and energy efficiency, with his ideas, such as installing metal sheets behind heating bodies to return heat to the room, as well as the idea of installing solar water heaters, helps improving the business of “DEKS”

We are very proud to mention that we successfully installed our product in over 10,000 private houses and apartments, as well as buildings of public importance:
Hotel Moskva, TANJUG, The Intellectual Property Office, Military Intelligence Agency in Belgrade, Veterinary Institute in Kraljevo, Municipality Smederevo, Museum of Leader Karadjordje, Serbian Chamber of Commerce, City hospital in Zvezdara, Special hospital in Subotica.

With the blessing of the Bishop of Raska and Prizren, Teodosije, we sealed the following monasteries:
Gračanica, Visoki Dečani, Patriarchate of Peć, Gorioč, Draganac, Crna Reka, Banjska, Sočanica, Sokolica, Ulije, Končul, Dren, Djurdjevi Stupovi, Zočište, Duboki potok, Devine vode, the monastery of the Holy Archangels in Prizren, as well as the monasteries of other dioceses, Jovanje near Ovčar Banja, the monastery of Dubočica near Pljevlja (Montenegro), the Cathedral Church in Belgrade, the Church of St. Marko, the church dedicated to the birth of Jesus Christ in Voždovac, where we received a letter of thanks from the Archpriest – Staurophore Father Dragan. We also sealed the Russian Orthodox Church in Belgrade, from which we received a letter of thanks as well. We received the third letter of thanks from the Pinosava monastery, followed by numerous other letters of thanks.

DEKS Company did insulation on dozens of kindergartens, primary schools, secondary schools and faculties: Faculty of Mechanical Engineering, Electrical Engineering, Philosophy, Union in Belgrade…, numerous health institutions and hotels, of which we would like to mention the hotel Srebrna lisica (Silver Fox) and Villa Nikola on Kopaonik, Hotel Zvezda in Brus… 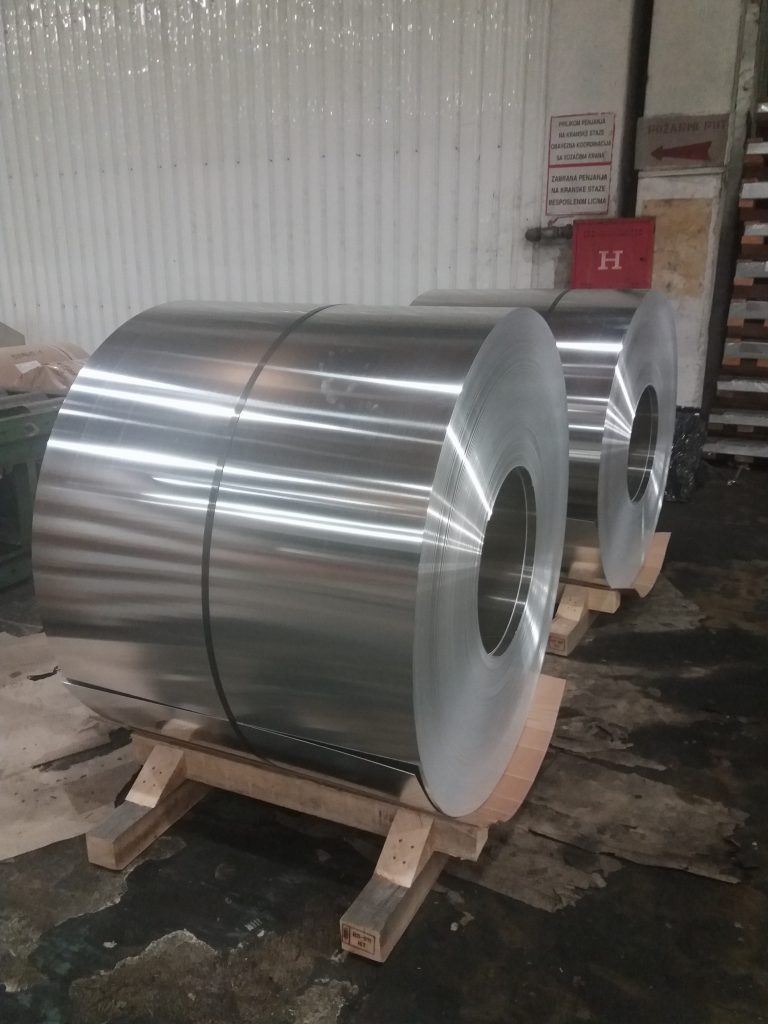 We are proud to present you a factory where tens of thousands of strips are being produced. They are cast from duralumin, perfectly processed and ready for installation. It is important to point out that the production is performed on special machines, which are constructed by the most professional engineers, and intended exclusively for the production of profiled strips. It is not immodest to say that our machines are the most modern in this type of production, with a capacity of around 10,000 m per day, and that the whole process begins and ends by pushing just one button!
DEKS Company also deals with finishing works in construction and with adaptations.